Continued from Chapter 3 in “The Chronicles of Heritage“…

What do you think of when you hear of Spain? Most people think about its capitvating gastronomy, culture and mediterranean beaches. All wonderful things. A growing number of us though, are becoming familiar with other realities.

Refugees come from Spain and there are Spaniards throughout the world who for decades have been exiles. I’ve never thought of my abuelito (grandfather) as a refugee. Yet I have always known that he was an exile. This experience in his life, and for countless others, resulted in the need to create another life altogether.

The Life of an Exile

At the age of thirty-three, my abuelito, or Don Pepe as they came to call him in his new country, found himself starting a new life in the Dominican Republic. He had to flee Spain at the fall of the Spanish Civil War in 1939, because he had fought for the Republican forces, but the Nationalist forces of Franco had won.

The new government, under the dictatorship of Francisco Franco, would have killed him (as they did many others for years to come) if he had not left. Don Pepe had a wife, a daughter and a son in Spain. For his first few years in the Dominican Republic, they were with him. Then his wife chose to leave with their children and return to Spain.

I have heard only one side of the story as to why his wife left him at such a time, even though she knew he could not be in Spain, at least not alive.

But what is important to know is that during these times the Catholic church did not allow divorce, which meant no divorce was recognized for my abuelito since his country of birth (Spain) was Catholic.

So when years later my abuelito met my abuelita (grandmother) Dinorah, he had been living alone for a long time. They quickly, and I like to think eternally, fell in love with each other. They met in the center of the island of the Dominican Republic, in the lush green mountains of Jarabacoa, where my abuelito was doing his best to create his new life.

I am told that he loved this part of the country and settled there because it reminded him of the lush mountains and green landscape of his homeland in Spain, the small town of Tuña in Asturias. I have visited both, more than once, and understand how it must have soothed his homesickness.

Making Their Own Way

These were conservative times, in a small town in a Latin culture. So you can imagine the odds that my grandparents were up against. While the people of the town loved and respected Don Pepe, and my own abuelita’s family who were key leaders of the town, they also lived by their religion and rules.

Not only was my abuelito considered a married man, he was also years older than my abuelita. When they met, she was twenty-three and he was fifty years old.

What were they to do? Resign themselves to a tragic fate of forbidden love? If there’s anything I am learning about my family heritage, it is that we seem to go about life in non-typical ways. Living life according to society’s expectations, just doesn’t cut it for us.

What my grandparents chose to create from their love is a powerful energy that I know I carry on today. Despite immense social obstacles and opinions of others, they set out on something very remarkable for that time.

Return soon to read what happens next in the blog series “The Chronicles of Heritage”. 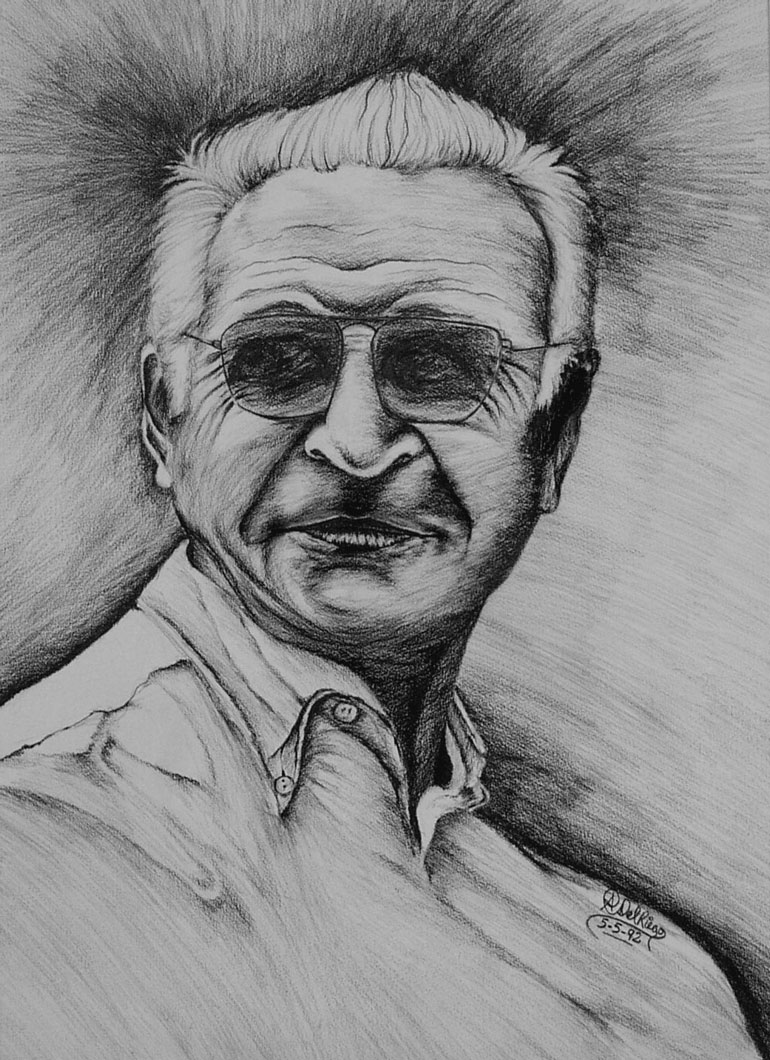 A charcoal drawing of my abuelito, drawn by my mother, artist Angie Del Riego.

Share This
This site uses cookies to ensure the best experience for you.Accept CookiesReject CookiesPrivacy Policy
You can revoke your consent any time using the Revoke consent button.Revoke consent